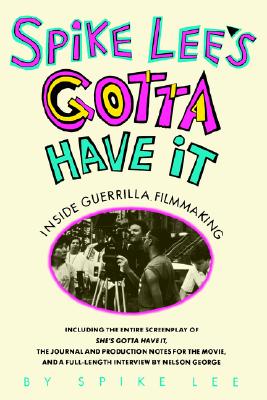 Spike Lee’s Gotta Have It: Inside Guerrilla Filmmaking
by Spike Lee

Book Description:
Spike Lee wrote, directed and starred in She’s Gotta Have It, the independent-film success story of 1986. Shot on a shoe-string budget of $175,000 in black-and-white 16mm, the film was made with Spike Lee’s persistence and talent plus the help of family and friends. It grossed $8 million at the box office and proved to be a major hit with both critics and audiences. Now Spike Lee reveals how he did it, mapping out the entire creative and production processes-from early notebook jottings to film festival awards. Spike Lee’s Gotta Have It is a unique document in film literature - it’s funny, absorbing, and fresh as the hit film itself.

More books like Spike Lee’s Gotta Have It: Inside Guerrilla Filmmaking may be found by selecting the categories below: