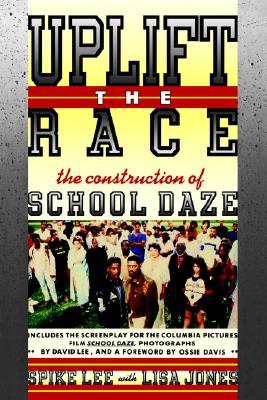 Uplift the Race
by Spike Lee

Book Description:
Spike Lee rises again. This time, he and Lisa Jones document his transition from struggling independent to mainstream filmmaker with the making of the Columbia Pictures film, School Daze. No longer working with a small cast and a painfully tight budget, Spike Lee and his crew find themselves working in a swirl of university politics, a cast of thousands, big musical production numbers and the not-insignificant pressures of coming up with a hit in the majors. He "uplifts the race" by demystifying the process of producing an entertaining commercial film that, at the same time, delivers a stinging - yet funny - critique on American culture.

More books like Uplift the Race may be found by selecting the categories below: