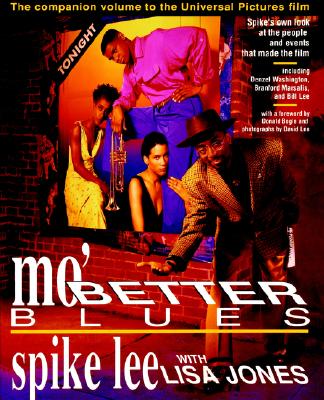 Book Description:
Millions have seen Spike Lee’s films - She’s Gotta Have It, School Daze, and the most provocative film of 1989, Do the Right Thing - and read the companion books - Spike Lee’s Gotta Have It, Uplift the Race, and Do the Right Thing. Spike launched his career with a romantic comedy, and now returns to romance, set against the backdrop of the music world, with Mo’ Better Blues. Academy Award-winning Denzel Washington plays a musician torn between two beautiful women and his ambition to be a star. In this unique document Spike speaks of the people and the events that created the film, including the thoughts and feelings of the musicians, actors, and crew. The book is illustrated with storyboards and 150 photographs that reveal the behind-the-scenes drama of Mo’ Better Blues.

More books like Mo’ Better Blues may be found by selecting the categories below: