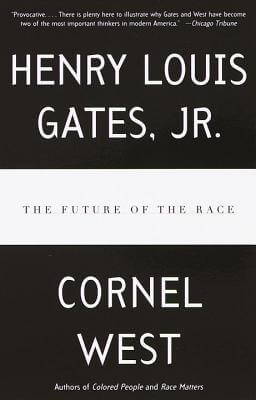 The Future of the Race
by Henry Louis Gates Jr. and Cornel West

Paperback Description:
Almost one-hundred years ago, W.E.B. Du Bois proposed the notion of the "talented tenth," an African American elite that would serve as leaders and models for the larger black community. In this unprecedented collaboration, Henry Louis Gates, Jr., and Cornel West—two of Du Bois’s most prominent intellectual descendants—reassess that relationship and its implications for the future of black Americans. If the 1990s are the best of times for the heirs of the Talented Tenth, they are unquestionably worse for the growing black underclass. As they examine the origins of this widening gulf and propose solutions for it, Gates and West combine memoir and biography, social analysis and cultural survey into a book that is incisive and compassionate, cautionary and deeply stirring.


"Henry Louis Gates., Jr., and Cornel West are among the most renowned American intellectuals of our time."—New York Times Book Review

More books like The Future of the Race may be found by selecting the categories below: