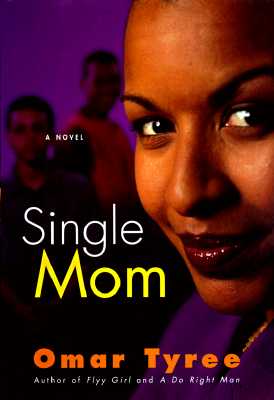 Book Description:Description: ""I had become something else, some different kind of woman, and a different kind of human. What kind of a woman could not cry? I even tried to force myself to cry again, and could not do it. I shed not one tear."" After more than ten years of raising her two sons alone, Denise Stewart finds herself again involved with both of her sons’ fathers as well as in a relationship with a new man. Jimmie, the father of her older child, suddenly wants a major role in his son’s life. After being an absent father for thirteen years, he discovers his teenager is a top basketball prospect. That’s when Jimmie decides to make some time to spend with his son. Walter, the father of Denise’s second son, is trying to gain custody of his twelve-year-old. After attending the Million Man March in Washington, Walter believes he should assume full responsibility for his son instead of just for two weekends out of each month. And truck driver Dennis is failing in love with Denise, and is fond of her boys. Although he is uncertain whether he wants the burden of a ready-made family, he also feels insecure in an intimate relationship with a white-collar woman who earns more than he does. All this as Denise runs her own thriving business, co-chairs a single mothers’ organization with her best friend Camellia, and struggles to keep faith in her family. Suddenly, for this single mom, success takes on an all-new meaning in her increasingly complex life. Omar Tyree offers a provocative look at the emotional lives of three black men as they grapple with their roles and changing views as fathers and lovers. And, at the center of this compelling novel, Tyree creates a single mother of striking character and independence.

More books like Single Mom: A Novel may be found by selecting the categories below:

Tell us what do you think about Single Mom: A Novel.