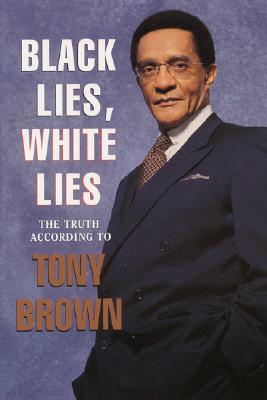 Black Lies, White Lies: The Truth According to Tony Brown
by Tony Brown

Paperback Description:
PBS television commentator and syndicated radio talk-show host Tony Brown has been called an "out-of-the-box thinker" and, less delicately, and "equal opportunity ass kicker." Those who attempt to pigeonhole him do so at their own peril. This journalist, media commentator, self-help advocate, entrepreneur, public speaker, film director, and author is a hard man to pin a label on — and an even more difficult man to fool.In Black Lies, White Lies, Tony Brown does what few high-profile African Americans have done before: He dares to challenge the lies of both Black and White leaders, and he dares to tell the truth. He attacks White racism and Black self-victimization with equal vehemence. He condemns integration as a disastrous policy, not for just Blacks but for the entire country. And he confronts the Black Talented Tenth, White liberals, conservatives, Democrats, Republicans, demagogues, and racists on all sides for their self-serving lies, their failures, and their lack of vision.But Tony Brown does not simply slash and burn. He also offers farsighted, workable solutions to America’s problems. He provides a blueprint for American renewal bases on his belief that although we may not have come to this country on the same ship, we are all now in the same boat.

More books like Black Lies, White Lies: The Truth According to Tony Brown may be found by selecting the categories below: