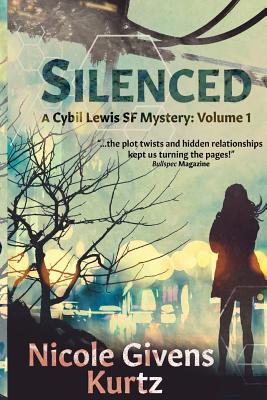 Paperback Description:
"It wasn’t pretty, but rarely is death as glamorous as we’ve been lead to believe by movies. Death, up close, isn’t beautiful. It is gritty. Death pushes its way into life, snatching loved ones at inopportune times, taking hearts with it and leaving in their place a cold box of grief."— Cybil Lewis In the ruins of the collapsed United States, private inspector, Cybil Lewis and her inspector-in-training, Jane, fill a need. When Jane insists they look into her cousin’s disappearance, Cybil agrees and is catapulted into a world of lies and deceit. As they investigate, they move far into the reaches of the divided states and deep into the upper crest of political turmoil. Caught up in the malestrom of betrayal and corruption, Cybil and Jane unearth long buried secrets and survive attempts on their lives.As they move closer to the truth, they discover that the people, who are entrusted with the safety of the territories, will do anything to keep their secrets, including murder. Especially murder.Cybil and Jane will do what they must to get to the truth. They will never be SILENCED

More books like Silenced: A Cybil Lewis Novel may be found by selecting the categories below: