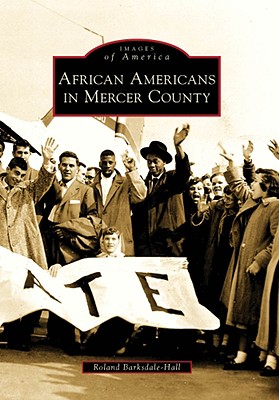 Book Description:
African Americans in Mercer County have a legacy spanning two centuries of progress. Runaway slaves secreted along stations of the Underground Railroad to Liberia, a settlement founded by Richard Travis. Deep religious convictions provided fertile ground for development of the African Methodist Episcopal Zion connection, known as the Freedom Church, and Pandenarium, an experimental colony of manumitted slaves. In the 20th century, southern migrants found employment in the steel industry and became institution builders. William Hunter Dammond, the first African American graduate of the University of Pittsburgh, found employment as a draftsman. The Twin City Elks of Farrell, a unifying force, was the largest fraternal group in Pennsylvania for two decades. Beginning in 1807 with Thomas Bronson, who acquired 200 acres along the Shenango River near Wheatland, through the culmination of today’s Juneteenth Freedom Day celebration, African Americans in Mercer County chronicles a people’s ongoing journey to freedom.

More books like African Americans in Mercer County (Images of America) may be found by selecting the categories below:

Tell us what do you think about African Americans in Mercer County (Images of America).