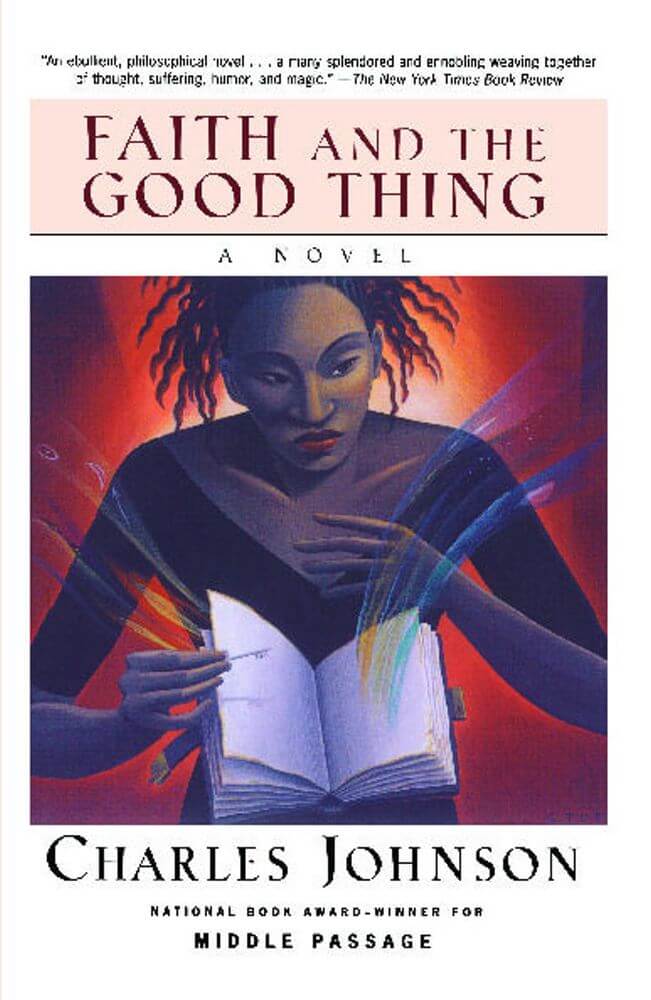 Faith And The Good Thing
by Charles Johnson

Charles Johnson, the National Book Award-winning author of the bestselling Middle Passage, published his stunning first novel, Faith and the Good Thing, in 1974. At its release, Black World called it one of the great American novels of this century…unqualifiedly good and extraordinarily beautiful.

Faith and the Good Thing is the haunting fable of Faith Cross, a black Southern girl whose quest for the good in life comes to represent our shared human adventure from innocence to identity. Faith is told by her dying mother, Girl, you get yourself a good thing, although she has no idea what that is. As we follow her journey from the traditional Southern Baptist world of her mother’s funeral to a swamp witch’s lair to a life of prostitution and loveless marriage in Chicago, we relive the history of twentieth-century black America, annotated with philosophic insight into the nature of identity, justice, and our common place in the universe along the way.

Told in the style of black folklore and replete with voodoo werewitches, hypocritical Pentecostal preachers, wise street bums, and philosophy from the ancient Nubian lore to Plato, Descartes, Hegel, and Schopenhauer, Faith and the Good Thing burgeons with riches. Like Voltaire’s Candide with a touch of de Sade’s Justine, or the protagonist of Flannery O’Connor’s Wise Blood, Johnson’s Faith is an innocent who searches through the horrors of this world to terrible knowledge and vital understanding.

Publishers Weekly hailed this novel as so original, so imaginative, and so exciting in what it has to say about the black woman’s experience in America that it is a reading experience unlike anything else in a longtime. It will dazzle Johnson’s new and loyal fans who are discovering his early work for the first time.

Books similiar to Faith And The Good Thing may be found in the categories below: