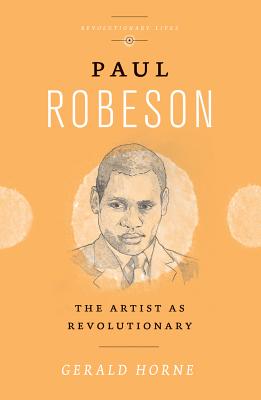 Book Description:
A world-famous singer and actor, a trained lawyer, an early star of American professional football and a polyglot who spoke over a dozen languages: these could be the crowning achievements of a life well-lived. Yet for Paul Robeson the higher calling of social justice led him to abandon both the NFL and Hollywood and become one of the most important political activists of his generation, a crusader for freedom and equality who battled both Jim Crow and Joseph McCarthy.

In Paul Robeson, Gerald Horne discovers within Robeson’s remarkable and revolutionary life the story of the twentieth century’s great political struggles: against racism, against colonialism, against poverty—and for international socialism. This critical and searching biography provides an opportunity for readers to comprehend the triumphs and tragedies of the revolutionary progressive movement of which Robeson was not just a part, but perhaps its most resonant symbol.

More books like Paul Robeson: The Artist as Revolutionary (Revolutionary Lives) may be found by selecting the categories below: