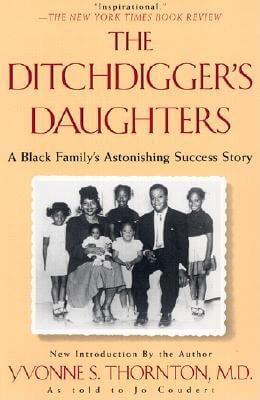 Book Description:
As leader, Edan Mirav must protect his people from the enemies who wish to destroy them. Despite his extraordinary abilities, Edan has not been able to locate his double - the one person who could make him whole and help him control his remarkable power to age himself with a simple thought. With her, he can grow even stronger. Without her, he is doomed to an uncertain fate. Just when he’s about to abandon all hope, she stands before him in the blazing hot sun of the desert like a shimmering mirage…Recently rescued and freed, Ava Arganos has been working in the desert - and waiting for the day that her double finds her. When Ava first lays eyes on Edan, she doesn’t recognize him immediately even though she feels the charged, sizzling connection between them. Now united, Edan and Ava surrender to a fiery, explosive passion that only renews their bond as they combine forces to battle their most treacherous foe yet…

More books like The Ditchdigger’s Daughters: A Black Family’s Astonishing Success Story may be found by selecting the categories below:

Tell us what do you think about The Ditchdigger’s Daughters: A Black Family’s Astonishing Success Story.