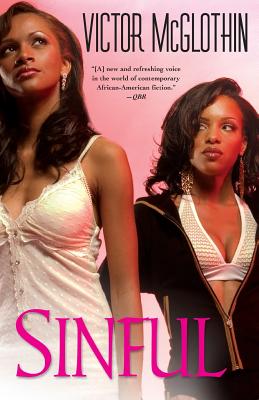 Book Description:
From acclaimed author Victor McGlothin comes an absorbing, inspirational tale about the high cost of greed-and the miracle of redemption-as a married couple find themselves caught up in a very pricey love triangle . . . Everybody’s got a weakness and Chandelle Hutchins’ is a love of material possessions-a love that is causing serious trouble in her marriage. Chandelle’s latest object of desire is an expensive new house. Her husband Marvin knows they can’t afford it-and he also knows he can’t talk Chandelle into giving it up. With their relationship crumbling under a mountain of debt, it may just be easier for Marvin to walk away. But with Chandelle’s scheming cousin Dior in town, money may be the least of the couple’s problems . . . Dior’s weakness is her insatiable appetite for causing trouble-and her latest target is her cousin’s marriage. When the time is right, Dior would like nothing more than to seduce Marvin on the rebound. But Dior is being trailed by her own troublemaker: a crazed female employer who refuses to release Dior from her twisted duties as nanny to her children and late night mistress to her kinky husband. Fortunately for everyone involved, the Lord works in mysterious ways. For despite a tangle of lies, manipulation, and mayhem, a series of unexpected events is about to bless everyone with a much needed second chance . . .