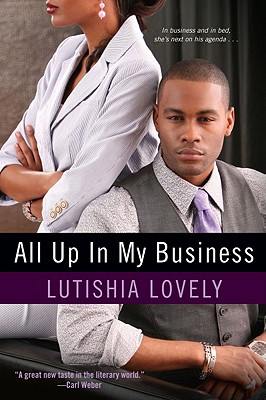 All Up In My Business
by Lutishia Lovely

Malcolm and Toussaint Livingston, the siblings behind the dynamo restaurant chain Taste of Soul, work hard and play even harder—especially carefree bachelor Toussaint, who loves as much variety in his sexual conquests as he does spices in his sparerib rub. But when he meets interior designer Alexis St. Clair, his Casanova days could be over. Because Alexis refuses to become just another dish on Toussaint’s mating menu. . .As for Malcolm, he may be married with children, but that doesn’t stop him from flirting—nor does it slow down the women who want more from him than the secret recipe to the family’s BBQ sauce. These two brothers love a challenge, but what happens when bedroom games get all up in their business?

"A great story. This should make for a fascinating new series." —APOOO BookClub

More books like All Up In My Business may be found by selecting the categories below: