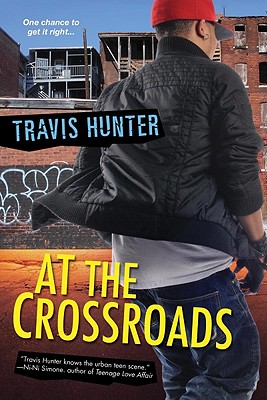 At the Crossroads
by Travis Hunter

Book Description:
The future he was meant for is just within his reach. . .

Franklyn "Franky" Bourgeois is fifteen, and he’s already done more living than most. First he was blasted out of a normal childhood in New Orleans when Hurricane Katrina hit. Determined to survive, he left town with two older cousins. They were nothing short of thugs, but they were all he had. And hard as he tried, even for a good kid like Franky, their influence was hard to resist. . .

Now Franky’s just a heartbeat away from a life of crime—until he gets an unexpected chance to turn things around. Getting back on track is easier said than done, especially when a group of prep school fools set out to keep Franky on the streets. But Franky’s always been a survivor. He’ll just have to prove it one more time. . .

More books like At the Crossroads may be found by selecting the categories below: