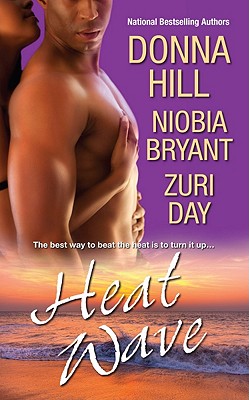 Book Description:
New York is having a summer heat wave and three women are feeling it-and dealing with it-each in their own steamy way. . ..

Nina Forbes is excited to house sit in the Hamptons-but her handsome neighbor, Barbados native Ian Harrison, excites her even more. Soon the two are sharing conversation, kisses. . .and sizzling sleepovers. Ian promises to keep in touch after he returns home in the fall. But as the days pass, Nina fears their passion was just summer fever. . .

One Hot Summer by Niobia Bryant

After a high-profile divorce, event planner Simone "Love" Lovey swears off dating famous people. . .until sexy star athlete Maleek Trenton enters her life. Their romance is bliss, but Love again finds herself amid paparazzi, groupies-and calls from a woman who claims she’s involved with Maleek, and has intimate details to prove it. . .

Too Hot To Handle by Zuri Day

Choice McKinley gets stuck in an elevator during a blackout, on the hottest July 4th ever. That she’s locked in with gorgeous Trey Scott only adds to the heat. Soon, relief from the high temperature requires clothing removal and sultry kisses. But Trey doesn’t know Choice is his boss’s off-limits daughter-and Choice doesn’t know Trey is a wanted man. All that will come after the doors open to reality. . .

More books like Heat Wave may be found by selecting the categories below: