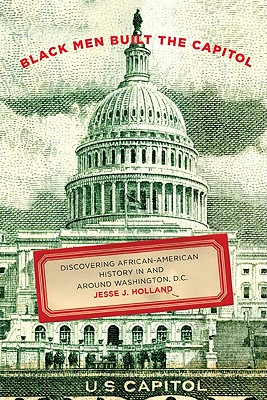 Millions of people visit the National Mall, the White House, and the U.S. Capitol each year. If they only hear the standard story, a big question remains: “Where’s the black history?”

Included are hundreds of places in the District of Columbia, Maryland, and Virginia that illuminate “the rest of the story” for Washington residents and visitors alike.

The first book of its kind, with comprehensive up-to-date details Historic sites along the Mall, such as the U.S. Capitol building, the White House and the Lincoln Memorial, are explored from an entirely new perspective in this book, with never-before-told stories and statistics about the role of blacks in their creation. This is an iconoclastic guide to Washington, D.C., in that it shines a light on the African Americans who have not traditionally been properly credited for actually building important landmarks in the city.

New research by a top Washington journalist brings this information together in a powerful retelling of an important part of our country’s history.In addition the book includes sections devoted to specific monuments such as the African American Civil War Memorial, the real "Uncle Tom’s cabin," the Benjamin Banneker Overlook and Frederick Douglass Museum, the Hall of Fame for Caring Americans, and other existing statues, memorials and monuments. It also details the many other places being planned right now to house, for the first time, rich collections of black American history that have not previously been accessible to the public, such as the soon-to-open Smithsonian Institution National Museum of African American History and Culture, and the Martin Luther King, Jr., National Monument, as well as others opening over the next decade.

This book will be a source of pride for African Americans who live in or come from the D.C., Maryland, and Virginia area as well as for the 18 million annual African American visitors to our nation’s capital. Jesse J. Holland is a political journalist who lives in the Capitol Hill neighborhood of Washington, D.C. He is theCongressional legal affairs correspondent for the Associated Press, and his stories frequently appear in the "New York Times" and other major papers. In 2004, Holland became the first African American elected to Congressional Standing Committee of Correspondents, which represents the entire press corps before the Senate and the House of Representatives. A graduate of the University of Mississippi, he is a frequent lecturer at universities and media talk shows across the country.

Books similiar to Black Men Built the Capitol: Discovering African-American History In and Around Washington, D.C. may be found in the categories below: