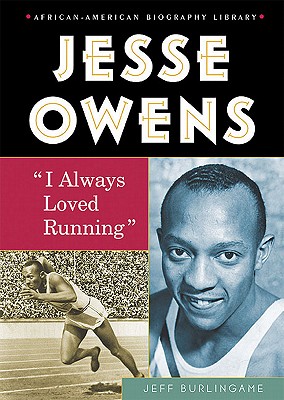 Book Description:In 1936, in front of 110,000 spectators at the Olympic Stadium in Germany, Jesse Owens blew away the competition in the 100-meter final to claim the title of “World’s Fastest Man.” He won the gold medal in front of Germany’s brutal dictator, Adolf Hitler, defying the Nazi leader’s racist ideology. Owens won three more gold medals at the Olympics and returned to the United States a hero. Author Jeff Burlingame explores the life of one of the greatest and most influential athletes in American history, from his humble childhood to his legacy on and off the track.

More books like Jesse Owens: I Always Loved Running (African-American Biographies (Enslow)) may be found by selecting the categories below:

Tell us what do you think about Jesse Owens: I Always Loved Running (African-American Biographies (Enslow)).