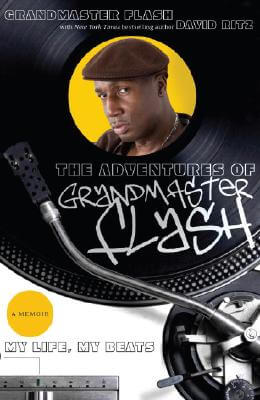 A no-holds-barred memoir from the primary architect of hip hop and one of the culture’s most revered music icons—both the tale of his life and legacy and a testament to dogged determination.

Grandmaster Flash and the Furious Five fomented the musical revolution known as hip hop. Theirs was a groundbreaking union between one DJ and five rapping MCs. One of the first hip hop posses, they were responsible for such masterpieces as “The Message” and “Adventures of Grandmaster Flash on the Wheels of Steel.”

In the 1970s Grandmaster Flash pioneered the art of break-beat DJing—the process of remixing and thereby creating a new piece of music by playing vinyl records and turntables as musical instruments. Disco-era DJs spun records so that people could dance. The original turntablist, Flash took it a step further by cutting, rubbing, back spinning, and mixing records, focusing on “breaks”—what Flash described as “the short, climactic parts of the records that really grabbed me”—as a way of heightening musical excitement and creating something new.

Now the man who paved the way for such artists as Jay-Z, Sean “P. Diddy” Combs, and 50 Cent tells all—from his early days on the mean streets of the South Bronx, to the heights of hip hop stardom, losing millions at the hands of his record label, his downward spiral into cocaine addiction, and his ultimate redemption with the help and love of his family and friends. In this powerful memoir, Flash recounts how music from the streets, much like rock ’n’ roll a generation before, became the sound of an era and swept a nation with its funk, flavor, and beat.

Books similiar to The Adventures of Grandmaster Flash: My Life, My Beats may be found in the categories below: