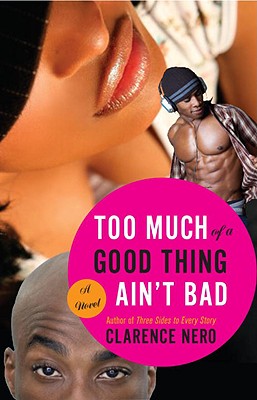 Paperback Description:
In this sequel to THREE SIDES TO EVERY STORY, daring and acclaimed writer Clarence Nero takes us back into the lives of Johnny and James in a powerful novel about fraternities, family, and college drama.

Johnny and James survived the tough streets of New Orleans, but when Hurricane Katrina lays waste to their beloved Ninth Ward, they are forced to begin a new chapter in Washington DC. For Johnny, this means finally pursuing his dream of a becoming a student at the historic Wheatley College. James soon joins Johnny in the Nation’s Capitol but the strong connection that brought them together in prison is strained by the pressures of their new lives. Then Johnny’s brother Carl and his wife, Tiffany, introduce Johnny to the beautiful, sexy, and smart, Sheila Doggett with the intent of steering Johnny in a different direction. The entire family rallies around Johnny and Shelia’s budding friendship and Johnny prepares to join the frat that is a legacy in his family.

But once James gets wind of what Johnny’s family is up to, he decides that he’ll stop at nothing to save his relationship. Meanwhile, Johnny is struggling to keep the peace with everyone and keeping a potentially deadly secret that could stand in the way of his dreams. Everyone is soon confronted with the truth that the havoc in their lives has only just begun…

How far will you go for love?

Our heroes and sheroes wrestle with this question as they struggle to do right by themselves and those they love and the result is a fast-paced, thought-provoking roller coaster of a read.

More books like Too Much Of A Good Thing Ain’t Bad may be found by selecting the categories below: