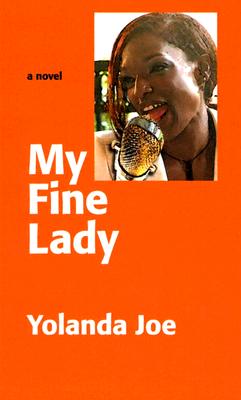 My Fine Lady
by Yolanda Joe

An uplifting story about finding true love and a true voiceawith a fresh spin on "Pygmalion"afrom the bestselling author whose novels top 300,000 copies in print. Yolanda Joe has wowed thousands of fans with her lively storylines and savvy heroines. Now she introduces Imani, a rising star whose dreams and challenges will capture the hearts of thousands more.

Talented, ambitious, and just twenty-two years old, Imani is surrounded by men with advice about her singing career. Her father, who owns a struggling nightclub, sees Imanias future as a chance to fulfill his own failed dreams. Her boyfriend, Taz, is determined to become a mega-producer, with Imanias street rapping as his ticket to fame. But Professor Orenthal Hopson, who teaches in the music department of a historically black college, has his own designs on her: he struck a bet with a colleague requiring him to transform Imani from a hip-hop hopeful into a traditional jazz singer. Like a modern-day Eliza Doolittle, Imani finds herself caught up in a musical makeover that causes her to question who she really wants to become. As Professor Hopson begins to sweep her off her feet, she also has to decide whether to stand by Taz, the man sheas cared about since childhood, or let herself fall for the dashing intellectual.

A delight on every page, "My Fine Lady" presents the dilemmas of romance, family, and career with Yolanda Joeas signature wit and flair.

Books similiar to My Fine Lady may be found in the categories below: