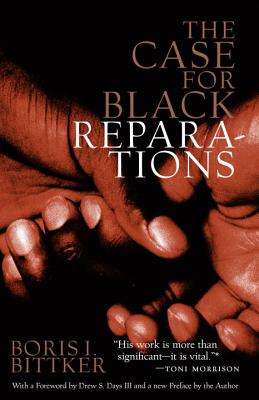 Case for Black Reparations
by Boris I. Bittker

The groundbreaking first book on black reparations, essential reading for the twenty-first century

Originally published in 1972, Boris Bittker’s riveting study of America’s debt to African-Americans was well ahead of its time. Published by Toni Morrison when she was an editor, the book came from an unlikely source: Bittker was a white professor of law at Yale University who had long been ambivalent about the idea of reparations. Through his research into the history and theory of reparations-namely the development and enforcement of lawsdesigned to compensate groups for injustices imposed on them-he found that it wasn’t a “crazy, far-fetched idea.” In fact, beginning with post-Civil War demands for forty acres and a mule, African-American thinkers have long made the case that compensatory measures are justified not only for the injury of slavery but for the further setbacks of almost a century of Jim Crow laws and forced school and job segregation, measures that effectively blocked African-Americans from enjoying the privileges of citizenship.

The publication of important recent books by black scholars like Randall Robinson and the growth of a highly vocal reparations movement in the beginning of this century make this book, long unavailable, essential reading. Bittker carefully illuminates the historical provisions and statutes for legitimate claims to reparations, the national and international precedents for such claims, and most important, the obstacles to a national policy of reparations.