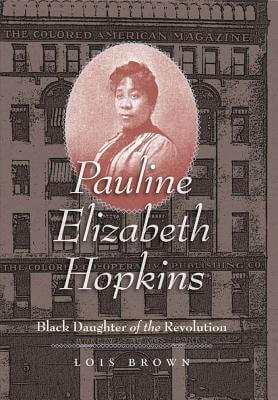 Brown includes detailed descriptions of Hopkins’s earliest known performances as a singer and actress; textual analysis of her major and minor literary works; information about her most influential mentors, colleagues, and professional affiliations; and details of her battles with Booker T. Washington, which ultimately led to her professional demise as a journalist.

Richly grounded in archival sources, Brown’s work offers a definitive study that clarifies a number of inconsistencies in earlier writing about Hopkins. Brown re-creates the life of a remarkable woman in the context of her times, revealing Hopkins as the descendant of a family comprising many distinguished individuals, an active participant and supporter of the arts, a woman of stature among professional peers and clubwomen, and a gracious and outspoken crusader for African American rights.

More books like Pauline Elizabeth Hopkins: Black Daughter of the Revolution (Gender and American Culture) may be found by selecting the categories below:

Tell us what do you think about Pauline Elizabeth Hopkins: Black Daughter of the Revolution (Gender and American Culture).