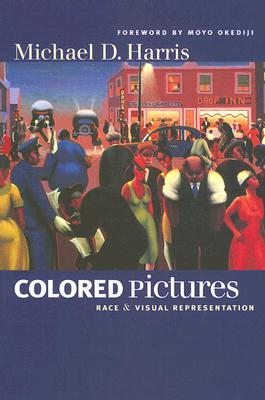 Book Description:
In this book, artist and art historian Michael Harris investigates the role of visual representation in the construction of black identities, both real and imagined, in the United States. He focuses particularly on how African American artists have responded to—and even used—stereotypical images in their own works.

Harris shows how, during the nineteenth and twentieth centuries, racial stereotypes became the dominant mode through which African Americans were represented. These characterizations of blacks formed a substantial part of the foundation of white identity and social power. They also, Harris argues, seeped into African Americans’ self-images and undermined their self-esteem.

Harris traces black artists’ responses to racist imagery across two centuries, from early works by Henry O. Tanner and Archibald J. Motley Jr., in which African Americans are depicted with dignity, to contemporary works by Kara Walker and Michael Ray Charles, in which derogatory images are recycled to controversial effect. The work of these and other artists—such as John Biggers, Jeff Donaldson, Betye Saar, Juan Logan, and Camille Billops—reflects a wide range of perspectives. Examined together, they offer compelling insight into the profound psychological impact of visual stereotypes on the African American community.

More books like Colored Pictures: Race and Visual Representation may be found by selecting the categories below: