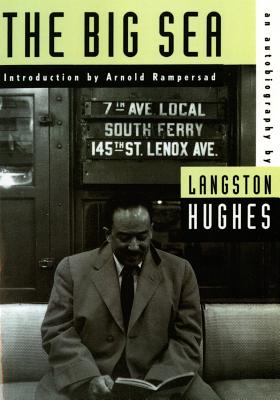 The Big Sea: An Autobiography
by Langston Hughes

Langston Hughes was born in Joplin, Missouri, went to Cleveland, Ohio, lived for a number of years in Chicago, and long resided in New York City’s Harlem. He graduated from Lincoln University in 1929 and was awarded an honorary Litt. D. in 1943. He was perhaps best known as a poet and the creator of Simple, but he also wrote novels, biography, history, plays (several of them Broadway hits), and children’s books, and he edited several anthologies. Mr. Hughes died in 1967.

Arnold Rampersad, author of the widely acclaimed biography The Life of Langston Hughes, is Woodrow Wilson Professor of Literature and director of American Studies at Princeton University.

More books like The Big Sea: An Autobiography may be found by selecting the categories below: