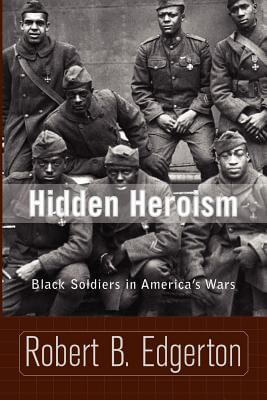 Book Description:
In Hidden Heroism, Robert Edgerton investigates the history of Afro-American participation in American wars, from the French and Indian War to the present. He argues that blacks in American society have long-suffered from a "natural coward" stereotype that is implicit in the racism propagated from America’s earliest days, and often intensified as blacks slowly received freedom in American society. For instance, blacks served admirably in various wars, returned home after their service to short-term recognition, and then soon found themselves even more seriously entrenched in a racist system because they were perceived as a threat to whites. This was true, Edgerton argues, until the Civil Rights movement and Vietnam, though the stereotypes have not been fully eradicated. In this book, Edgerton provides an accessible and well-informed tour through this little-known, but significant aspect of race in American military history.

More books like Hidden Heroism: Black Soldiers In America’s Wars may be found by selecting the categories below:

Tell us what do you think about Hidden Heroism: Black Soldiers In America’s Wars.