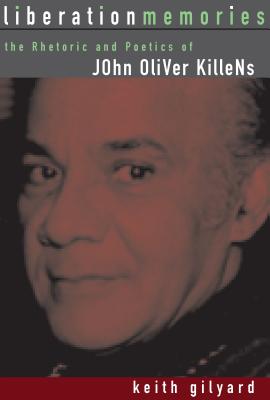 Book Description:
No serious history of the development of the African American novel from the 1950s onward can be written without reference to John Oliver Killens. A two-time nominee for the Pulitzer Prize and founding chairman of the legendary Harlem Writers Guild, Killens was regarded by many as a spiritual father who inspired a generation of African American novelists with his politically charged works. And yet today he rarely receives proper critical attention. Seeking to strengthen our understanding of this important literary figure, Keith Gilyard departs from standard critical frameworks to reveal Killens’s novels as artful renderings of rich African American rhetorical forms and verbal traditions. Gilyard finds that many critics, adhering to ideals of art for art’s sake or narrative conciseness, are ill-equipped to appreciate the many ways in which Killens’s fiction succeeds. Rejecting the "pure art" position, Killens sought to articulate Black heroism particularly within a family or community context, offering a set of values he deemed liberatory. He focused on rendering noble and polemical characters, and his work represents a distinguished fusion of sociopolitical persuasion (rhetoric) and literary artifact (poetics). To help illuminate such novels as Youngblood (1954), And Then We Heard the Thunder (1962), and The Cotillion (1971), Gilyard examines Killens’s work as an essayist and cultural organizer, highlighting his activism. His life and literary production can be partly characterized, Gilyard suggests, by the African American jeremiad-a major rhetorical form in the Black intellectual tradition expressing faith that America’s destiny is to become an authentic, pluralistic democracy.

More books like Liberation Memories: The Rhetoric And Poetics Of John Oliver Killens (African American Life Series) may be found by selecting the categories below:

Tell us what do you think about Liberation Memories: The Rhetoric And Poetics Of John Oliver Killens (African American Life Series).