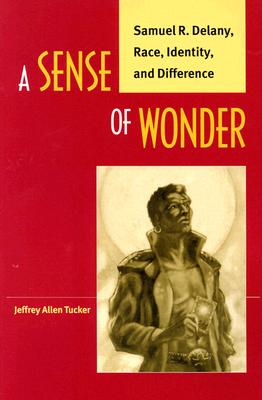 Paperback Description:
Samuel R. Delany is one of today’s most interesting writers. African-American and gay, Delany crosses boundaries—generic (science fiction, memoir, theory, pornography) and academic (literary studies, cultural studies, African-American studies, gay and lesbian studies). Critics both black and white have read Delany as a writer who downplays his racial identity in order to aspire to universal values. In contrast, A Sense of Wonder shows how Delany’s works participate in African-American cultural traditions. The book begins with an analysis of Delany’s Dhalgren, using the novel’s links to black cultural traditions as the key to unlocking its puzzling content. Jeffrey Allen Tucker’s reading of the four-volume Return to Nev rÿon series places Delany’s explorations of semiotics in dialogue with Frederick Douglass’s 1845 Narrative and social histories on slavery in America. From there, Tucker moves to Delany’s groundbreaking autobiography, The Motion of Light in Water, his experimental novella Atlantis: Model, 1925, and to his pornographic novel, The Mad Man. Tucker’s aim is to advance a reading of identity that acknowledges its multiplicity and permeability without emptying it of socio-political efficacy and meaning.

More books like A Sense of Wonder: Samuel R. Delany, Race, Identity, and Difference may be found by selecting the categories below: