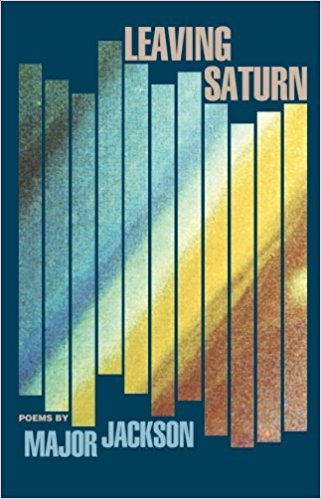 Book Description:
Leaving Saturn, chosen by Al Young as the winner of the Cave Canem Poetry Prize, is an ambitious and honest collection. Major Jackson, through both formal and free verse poems, renders visible the spirit of resilience, courage, and creativity he witnessed among his family, neighbors, and friends while growing up in Philadelphia. His poems hauntingly reflect urban decay and violence, yet at the same time they rejoice in the sustaining power of music and the potency of community. Jackson also honors artists who have served as models of resistance and maintained their own faith in the belief of the imagination to alter lives. The title poem, a dramatic monologue in the voice of the American jazz composer and bandleader Sun Ra, details such a humane program and serves as an admirable tribute to the tradition of African American art. Throughout, Jackson unflinchingly portrays our most devastated landscapes, yet with a vividness and compassion that expose the depth of his imaginative powers.

More books like Leaving Saturn: Poems may be found by selecting the categories below:

Tell us what do you think about Leaving Saturn: Poems.