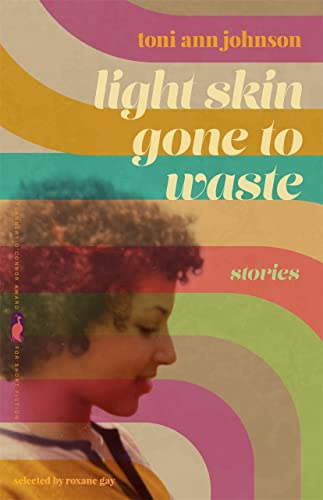 Toni Ann Johnson has been named this year’s winner of the Flannery O’Connor Award for Short Fiction. Her short story collection Light Skin Gone to Waste will be published by the University of Georgia Press in fall 2022.

Light Skin Gone to Waste is one of the most engrossing short story collections I’ve read in recent memory. These interconnected stories about a black family living in a predominantly white suburb of New York City are impeccably written, incisive, often infuriating and unforgettable. At the center of many of these stories is Philip Arrington, a psychologist who tries to reshape the world to his liking as he moves through it, regardless of the ways his actions affect the people in his intimate orbit. With a deft eye for detail, crisp writing, and an uncanny understanding of human frailties, Toni Ann Johnson has created an endlessly interesting American family portrait.”

In 1962 Philip Arrington, a psychologist with a PhD from Yeshiva, arrives in the small, mostly blue-collar town of Monroe, New York, to rent a house for himself and his new wife. They’re Black, something the man about to show him the house doesn’t know. With that, we’re introduced to the Arringtons: Phil, Velma, his daughter Livia (from a previous marriage), and his youngest, Madeline, soon to be born. They're cosmopolitan. Sophisticated. They're also troubled, arrogant, and throughout the linked stories, falling apart.

We follow the family as Phil begins his private practice, as Velma opens her antiques shop, and as they buy new homes, collect art, go skiing, and have overseas adventures. It seems they've made it in the white world. However, young Maddie, one of the only Black children in town, bears the brunt of the racism and the invisible barriers her family's money, education, and determination can't free her from. As she grows up and realizes her father is sleeping with white women, her mother is violently mercurial, and her half-sister resents her, Maddie must decide who she is despite, or perhaps precisely because of, her family.