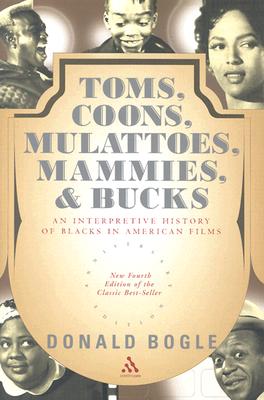 Book Description:
This study of black images in American motion pictures, is re-issued for its 30th anniverary in its 4th edition. It includes the entire 20th century through black images in film, from the silent era to the unequalled rise of the new African American cinema and stars of today. From "The Birth of a Nation", "Gone with the Wind", and "Carmen Jones" to "Shaft", "Do the Right Thing", "Waiting to Exhale", "The Hurricane", and "Bamboozled", Donald Bogle reveals the way the image of blacks in American cinema has changed - and also the shocking way in which it has often remained the same.

More books like Toms, Coons, Mulattoes, Mammies, & Bucks: An Interpretive History of Blacks in American Films may be found by selecting the categories below:

Tell us what do you think about Toms, Coons, Mulattoes, Mammies, & Bucks: An Interpretive History of Blacks in American Films.