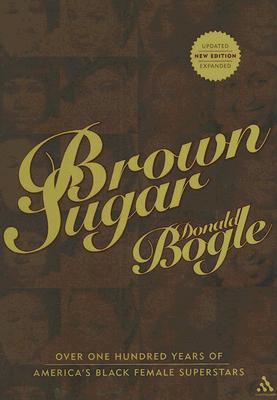 With a wink or a nod, a shake of their shoulders or hips, America’s "Dark Divas," "Sepia Sirens," "Black Beauties" have acted out fantastic stories full of whispers and secrets. They have played with the myths, created legends, turned the social order topsy-turvy. One thing is certain: in 20th- and 21st-century America, an impressive lineup of African American women have dazzled and delighted the world with their energy and style.

Who are these great women of the stage and screen? the singers, dancers, comediennes, actresses? In this groundbreaking book, Donald Bogle narrates a sweeping history and describes a remarkable tradition that was largely unknown or not understood - or simply unacknowledged.

Diva style has sometimes been part put-on, part come-on, part camp, and part reflection of an authentic African American cultural tradition. Haughtiness, control, shrewdness, energy, extravagance, optimism, and humor are all a part of it. "Dazzle your audience," they seemed to say, "but never lose your cool."

Yet, there are often the tears behind the mask, the hideous realities of racism and exploitation, the pain hiding behind the smile, the concealed anxieties, private lives in ruins: all the obstacles and pressures involved in making it to the top.

Always, however, there is the redemption through these women’s art.

In these pages are the incandescent women who have lit up Broadway and movie screens; turned clubs, cafés, concert halls, and televisions aglow with their particular brand of black magic; sold millions of cds and dvds; and are the subjects of endless fascination in the tabloids and on the Internet.

Onstage and off, the lives of these captivating women, their follies and fortunes, trials, tragedies, transformations, and triumphs, their inimitable style, have become a cherished part of our own.

Books similiar to Brown Sugar: Over 100 Years of America’s Black Female Superstars (New and Updated Edition) may be found in the categories below: