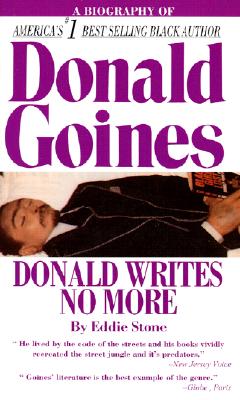 Book Description:
Donald Goines was all of these things. He started as a kid, the product of a middle-class family. After high school he joined the Navy, and discovered the heroin that would rule the remainder of his life. On the streets, he turned to writing when he was straight enough to keep at it. He used the language of the streets and wrote of the streets and its people. His success was immediate and exciting, But eventually the streets claimed him. He was murdered as he sat writing a new book. Here for the first time is the completed story.

More books like Donald Writes No More may be found by selecting the categories below:

Tell us what do you think about Donald Writes No More.