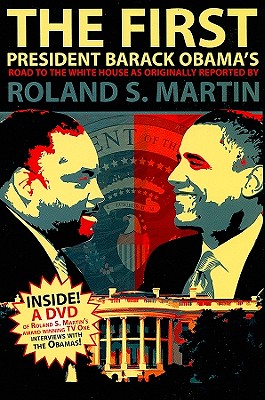 Read Our Review of The First: President Barack Obama’s Road To The White House As Originally Reported By Roland S. Martin

Paperback Description:
Noted African American journalist Roland Martin takes readers back down President Barack Obama’s campaign trail in this chronological journal of events that dates back to when then Senator Obama had yet to announce his candidacy and follows him on his journey to the presidency. Martin’s charismatic writing style is presented through his in-depth analysis of the presidential campaign and Obama’s struggles and successes. Martin gives readers insight on how each important event played out in front of the nation and also shares interviews from his broadcasts, including an interview he conducted with President Obama after his win in Iowa in January 2008. Other Notable interviews include Dr. Cornel West, Rep John Lewis, Spike Lee, Maxine Waters and Michael Eric Dyson.

More books like The First: President Barack Obama’s Road To The White House As Originally Reported By Roland S. Martin may be found by selecting the categories below: