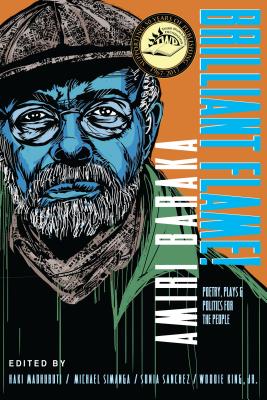 The dramatist, novelist and poet, Amiri Baraka is one of the most respected and widely published African-American writers. With the beginning of Black Civil Rights Movements during the sixties, Baraka explored the anger of African-Americans and used his writings as a weapon against racism. Also, he advocated scientific socialism with his revolutionary inclined poems and aimed at creating aesthetic through them. Amiri Baraka’s writing career spans over nearly fifty years and has mostly focused on the subjects of Black Liberation and White Racism. Often recognized as a key founder of the Black Arts Movement, Amiri Baraka was a prolific writer and world-renowned poet. While this book provides its contributors a forum in which to examine his poetic and artistic aesthetics, Brilliant Flame! will more importantly bring to the forefront Baraka’s reach as political activist, historian and cultural visionary.

More books like Brilliant Flame! Amiri Baraka: Poems, Plays, Politics for the People may be found by selecting the categories below:

Tell us what do you think about Brilliant Flame! Amiri Baraka: Poems, Plays, Politics for the People.