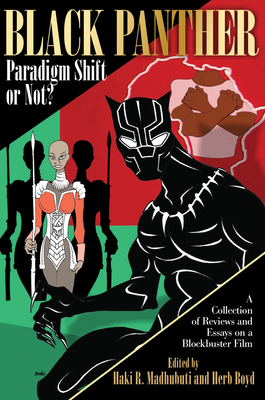 Black Panther Paradigm Shift or Not?
by Haki Madhubuti and Herb Boyd

Black Panther earns three Oscars. Since its inception Marvel Studios’ Black Panther has provoked and stoked a wide range of interest, and now that the blockbuster film is the recipient of three Oscars the film’s acclaim extends beyond the box office. No, it didn’t get the top prize, but it was a barrier breaker as Ruth Carter was the first black woman to ever win in the Costume Design category; and another first for a black artist when Hannah Beachler took the trophy, which she shared with Set Decorator Jay Hart, in Production Design. Additional spice arrived when Ludwig Goransson earned an Oscar for the Best Score in a Motion Picture.

These awards and other nominations for Black Panther augurs well for populist cinema that is traditionally scorned when it comes to taking home the coveted awards, particularly an Oscar, which is Marvel’s first. It’s a good bet the honors to Black Panther will not only boost the appreciation for populist cinema, it should also enhance the appeal of a number of products and projects such as Black Panther: A Paradigm Shift or Not? the forthcoming anthology at Third World Press, edited by Haki Madhubuti and Herb Boyd. "All of the celebration and awards for the film is nothing to thumb your nose at and we at Third World Press extend all our good wishes and hope we can do as well with our publication," said Madhubuti, the press’s publisher and founder.

The anthology, which includes more than forty writers, film critics, scholars, and activists, has a timely appearance and should be able to reap some of the renewed media attention the film has sparked. Among the contributors are Nicole Mitchell Gantt, Jelani Cobb, Brent Staples, Abdul Alkalimat, Bobby Seale, Robyn Spencer, Diane Turner, Greg Tate, Maulana Karenga, Marita Golden, and Molefi Keta Asante, et al. As may be discerned from the contributors the anthology is a compilation of mixed views and opinions—with both praise and a critique of the film. "The film has aroused a variety of conclusions, a wellspring of differences that we felt compelled to give them a forum," said Boyd. "Like the film, the views expressed in the book are often very provocative."