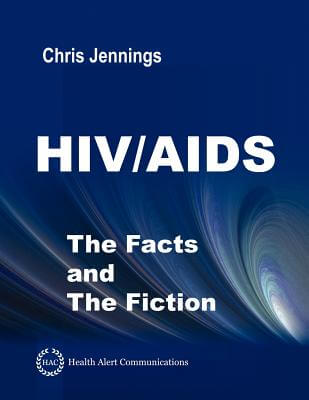 Hiv/Aids - The Facts And The Fiction
by Chris Jennings

Read Our Review of Hiv/Aids - The Facts And The Fiction

"The first Africans diagnosed with AIDS were residents of Belgium." ? Fully referenced, based on a forensic review of over 3000 scientific and medical journal articles, this book redefines global concepts for the prevalence and distribution of HIV infection. For many readers, each page will be a revelation as the Author not only deconstructs many myths and misconceptions, but also describes how the current misconceptions came into being.

Chris Jennings (Harvard, B.A., Biology 1976/77) excels at writing scientific books that fulfill the needs of professionals while rendering the science accessible to the average reader. His prior book, Understanding and Preventing AIDS: A Book for Everyone, was favorably reviewed by the New England Journal of Medicine ? adopted for staff education by Massachusetts General Hospital, the hospital affiliated with Harvard Medical School; the U.S. Department of Health and Human Services (HHS); the National Institutes of Allergy and Infectious Diseases (NIAID); and Walter Reed Army Medical Institute ? sold in medical bookstores ? purchased by innumerable city and state health agencies ? and utilized as a textbook at colleges, nursing schools, and public health schools.