The Man Who Cried I Am
by John A. Williams

Read an Excerpt from The Man Who Cried I Am 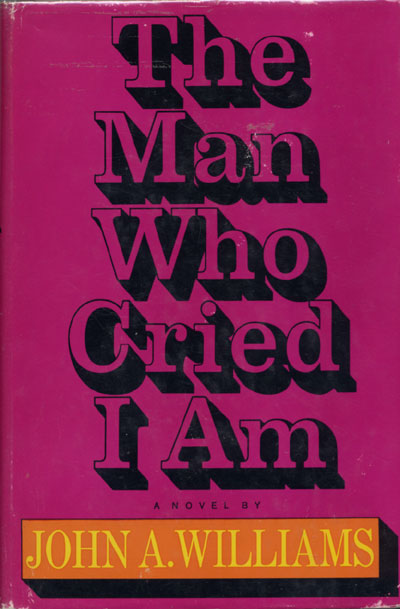 Generally recognized as one of the most important novels of the tumultuous 1960s, The Man Who Cried I Am vividly evokes the harsh era of segregation that presaged the expatriation of African-American intellectuals. Through the eyes of journalist Max Reddick, and with penetrating fictional portraits of Richard Wright and James Baldwin, among other historical figures, John A Williams reveals the hope, courage, and bitter disappointment of the civil-rights era. Infused with powerful artistry, searing anger, as well as insight, humanity, and vision, The Man Who Cried I Am is a classic of postwar American literature.

A Black expat writer uncovers a sinister plot to destroy the American civil rights movement in this exceptionally powerful novel.

On a warm spring afternoon in 1964, Max Reddick sits at an outdoor café in Amsterdam, nursing a glass of Pernod. Along with the large doses of morphine running through his veins, the alcohol allows him to forget the painful disease ravaging his body, but it also prompts him to reflect on the circumstances that have brought him to this point—made him who he is today.

From the streets of New York City to the jazz clubs of Paris and Amsterdam, from the battlefields of World War II to the Oval Office, Max’s journey as an African American author and journalist has brought him into the nexus of hypocrisy and duplicity surrounding segregation and civil rights time and again. But nothing he has encountered could have prepared him for the devastating and dangerous truth he now faces.

Through the eyes of Max, with penetrating fictional portraits of Richard Wright, James c, and Malcolm X, among other historical figures, author John A. Williams reveals the hope, courage, and bitter disappointment of African American intellectuals in the postwar era. Infused with powerful artistry and searing anger, as well as insight, humanity, and vision, The Man Who Cried I Am is a modern American classic.