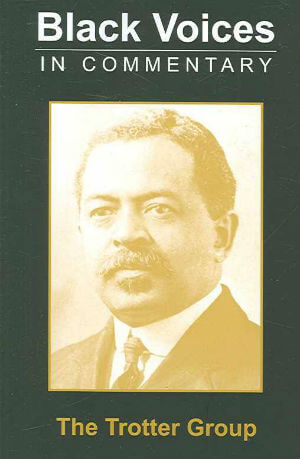 Black Voices in Commentary: The Trotter Group
by Wayne Dawkins

Book Description:
Twenty three black columnists discuss their role in American journalism. The diversity of their voices is exhibited in a collection of their columns at the end of 2005 through the first half of 2006.

There are topics that speak to every reader. Engage, enjoy and continue to follow these writers who publish weekly or several days a week in newspapers and other media.

William Monroe Trotter [1872-1934] was perhaps the rudest African-American journalist this nation has produced. The first African-American Phi Beta Kappa graduate of Harvard, Trotter was uncompromising. He attacked both racists and black accommodationists as editor of the Boston Guardian newspaper in the early 1900s.

Tell us what do you think about Black Voices in Commentary: The Trotter Group.