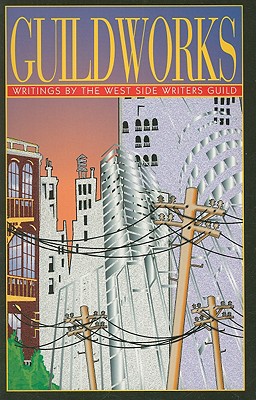 Guildworks: Writings by the West Side Writers Guild
by Mark Allen Boone

Paperback Description:
With its slick cover, solid editing, and often compelling work, Guildworks: Writings by the West Side Writers Guild bears few signs of self-publication, said the Literary Supplement of NEW CITY, Chicago’s arts and entertainment weekly. An unusual anthology of works by natives of Chicago’s toughest and poorest section, a locale that fosters people who gain strength from adversity, Guildworks’ highlights include poet Cranston Knight’s You Ain’t Got No Culture, in which he disses a friend for his lack of refinement, only to end by praising him for his loyalty; Boone’s A Visit to the Poe House, that recounts his harrowing search for the poet’s Baltimore row house located in the heart of a drug den; Irene J. Smith’s novel excerpt that sets the stage for the late Chicago Mayor Harold Washington’s 1983 mayoral campaign; and Tina Jenkins Bell’s lighthearted account of the sexual harassment she encountered on the road as a publishing sales representative. —Literary Supplement of NEW CITY

More books like Guildworks: Writings by the West Side Writers Guild may be found by selecting the categories below: