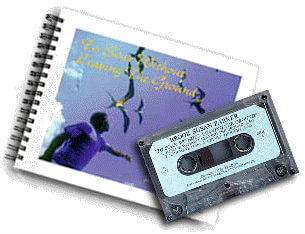 To Soar without Leaving the Ground: Poems & Narratives
by Brook Susan Parker

Actress, Author, and Poet brook susan parker is a young christian woman who has appeared in many television programs, and films such as; guest stars on JAG, High Incident, Sirens, Angela Bassett’s sister in the film Strange Days, and her famous McDonald’s commercial, showing African art that moves & dances is a touch on the surface. Book revenues go toward a charitable shelter brook will put together for homeless women and children.

Her own experience of being raped, homeless, feeling alone, intimidated, even suicidal, because of all her experiences in life, drug addiction, and being consumed in the corruption of the underworld has given her the heart and desire to give as much as she can. The grace in which she feels she has received and the way in which she has overcome so many obstacles guides her to share when and how she is able. The first chapter "The Castle" gives a short story version of brook’s life, written in a narrative form that will open any heart, as she shares with you her struggle and her triumph.

More books like To Soar without Leaving the Ground: Poems & Narratives may be found by selecting the categories below: