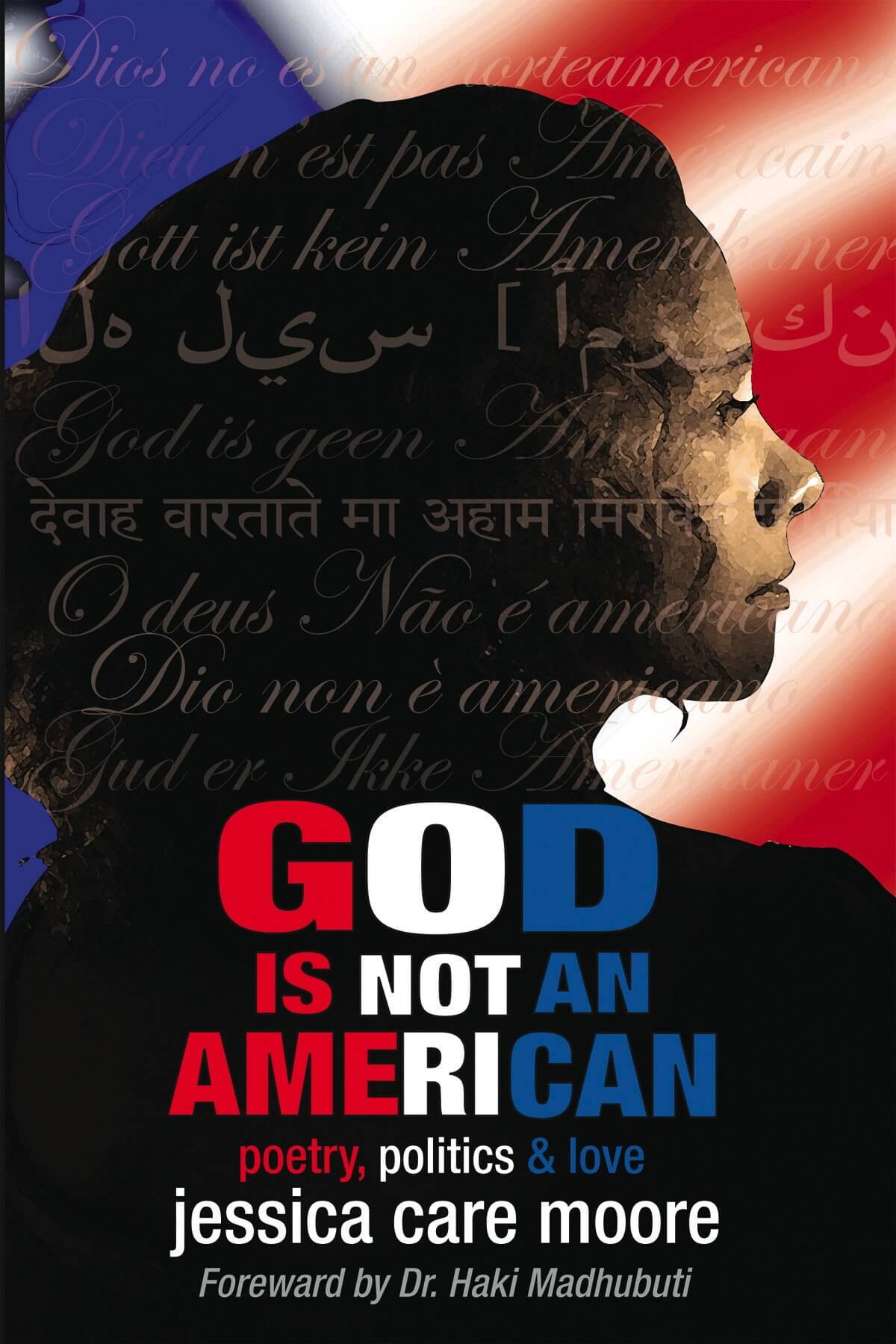 God Is Not An American
by jessica Care moore

Book Description:
In the labyrinth of Moore’s prose and poetry, the blues force is synonymous with the Derridean trace in the way in which the language transverses celestial realms to reclaim or to re-contextualize God in an image that does not reflect the sensibilities and patriarchal attitudes of the Western world. God Is Not An American summons the spirits of the androgynous Gods written out of theological and scholarly texts.

The book depicts the complexities of God. In the text, Moore performs ritual and praise song to African and Native American deities of love, beauty, intimacy, fertility and motherhood that have been sacrificed for the Gods of War and Power. Moreover, Moore s poetry serves as libation to her ancestors of Native American, African, and Irish descent whose blood is the mortar that has built the foundation of America but has been largely trivialized or ignored by the dominant culture. Hence, God Is Not An American and will not become an American until America wholeheartedly embraces the amalgamation of cultures that have contributed to her greatness. With her latest collection of poetry, God is not an American; Jessica Care Moore has ascended to a new zenith in her career as a professional poet. Similar to Ralph Ellison’s Invisible Man and Gayl Jones Corregidora, Moore’s fuses cultural memory, black American musicality and traditional African American literary traditions to broaden the parameters of contemporary black poetry. Influenced by the poets of the Black Arts Movement such as Sonia Sanchez, Nikki Giovanni, Jayne Cortez, Amiri Baraka, and Lucille Clifton.—from the Afterword by Jessie Adolph