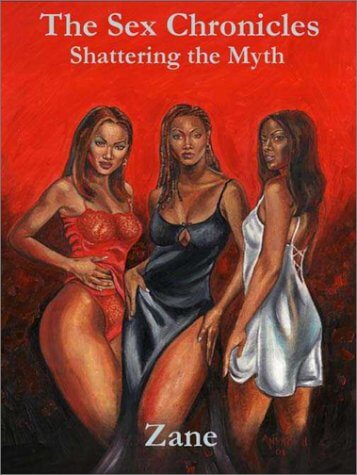 The Sex Chronicles : Shattering the Myth
by Zane

Book Description:
After more than two years of entertaining tens of thousands of loyal readers on the Internet with her vivid imagination, a large collection of Zane’s erotica is finally available in a published format. Zane has captivated the minds of both sexes and all races. She has completely shattered the myth that men are more sexual in nature than women and that African-American women in particular are inhibited compared to their female counterparts of other races. The erotica collection is divided into three sections: Wild, Wilder and Off Da Damn Hook. Her characters run the gamut from the sensual housewife that wants her husband to experiment more to the secret underground sorority of women that let it all hang out literally.

Tell us what do you think about The Sex Chronicles : Shattering the Myth.