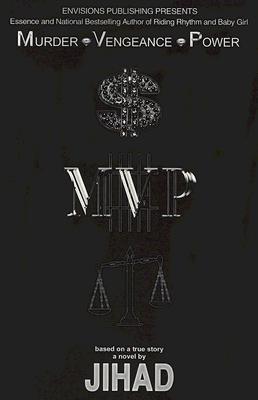 Book Description:
MVP is the story of two best friends and business partners. Jonathon Parker and Coltrane Jones have a history. The best friends and business partners have been involved in everything from murder to blackmail, whatever it took to rise to stardom they did. Now that they’re sitting on top of the world, heading up the two largest and most infamous strip clubs in the nation, the duo has the world at their feet. But now they both want out for different reasons. Coltrane is tired of the drug game, the seedy underworld lifestyle that playas dream of. He’s hoping to settle down with the new woman in his life. Jonathan, who is now a top sought after criminal attorney, is ready to get out of the game, too. But that’s because he has his eye set on the Governor’s Mansion. And now, with the backing of major political players, he just might get it. There’s only one catch. Jonathan has to make a major coup… bring down his best friend, the notorious MVP, Coltrane Jones. As two longtime friends go to war, parallel lives will collide, shocking family secrets will be unveiled and the game won’t truly be over until one of them is dead.

More books like MVP (Murder Vengeance Power) may be found by selecting the categories below: