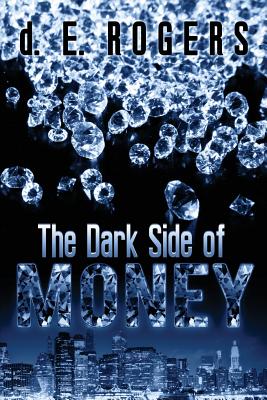 The Dark Side of Money
by d. E. Rogers

As the perfectly-manicured matriarch of an African American fashion empire, Gloria Dean is the kind of woman who wants it her way or no way. Maybe that’s why someone attempted to suppress the self-made billionaire the hard way: through murder. Now, her children are in their own blood sport to gain control of her vast operation. Can her prodigal daughter restore order to her kingdom, or will she be another liability in a chilling game of death by fashion? Find out in The Dark Side of Money, the stylish, searing thriller by d. E. Rogers that reveals the seamy underbelly of the New York fashion world beneath the glittering veneer of the bright lights, big city.

A gritty peak behind the glamour, The Dark Side of Money follows a family-owned fashion empire at its crossroads. Both held together and divided by a tormenting and intimidating mother, the Gloria Dean Company has become the emblem of high fashion and even higher profits. However, when a sudden murder attempt on Gloria’s life lands her in a coma, the family business perilously hangs in the balance along with her life. With greed and power outweighing love, the family members wage an all-out war against one another to gain control of the company.

Enter the eldest sister Jasmine, the black sheep of the family, who is unexpectedly placed in control in her mother’s absence. It’s not long before the polished claws are out to dethrone her—and fast. Her icy cold brother and sister make their contempt of Jasmine crystal clear, going as far as to enlist their mother’s duplicitous business partner to help freeze their sister out. Not only that, but Jasmine has her demons from her past kicking about, and her former bouts with substance abuse threaten to shatter her hard-won inner peace.

As the stakes grow ever higher and the lustrous sheen of wealth and style gives way to its ugly undercoat, Jasmine must summon up all her courage to save her mother’s legacy from the rampant familial greed and shark-infested waters of the company’s top brass. Can she keep her wits and integrity strong amid brotherly in-fighting, corporate duplicity, and the season’s must-have looks? Find out in The Dark Side of Money, a wild, stylish ride that will keep you teetering on the edge of your stiletto heels. It’s a must-read for anyone who likes their drama served up with plenty of plot twists and absolutely fabulous style.

Books similiar to The Dark Side of Money may be found in the categories below: