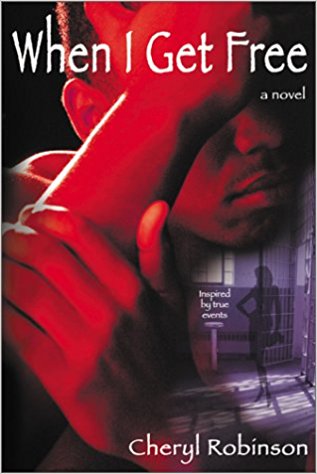 When I Get Free: A Novel
by Cheryl Robinson

Paperback Description:
"You don’t have to be in prison to serve a life sentence." -Anonymous Theodore "Tower" Evans is smart, clever and always one step ahead of the game. Under a different set of circumstances, he could have become a top executive at a Fortune 500 company or a successful entrepreneur. Instead, he became a statistic: one in three black men between the ages of twenty and twenty-nine under correctional supervision or control. He’s sentenced to forty years in an Oklahoma state prison for drug trafficking. Ten years later, Tower’s paroled and living in his hometown of Fort Worth, Texas, trying to adjust to the changes that have occurred in the world. The only problem: His mind is still on lockdown. As the pressure of the outside mounts against Tower and the voices in his head begin to collide, his paranoia takes over. He trusts no one. Not Tonya, the evangelist who believes in spreading more than the good news to Tower. Not Gail, an aspiring writer who begins penning a novel based on Tower’s life. Not Mary, his married parole officer whose possessiveness turns dangerous when she threatens to send him back to prison. The years Tower spent on the inside have taken away the hope that he needs to regain before his temper destroys his second chance. When I Get Free is a novel inspired by the true events of an anonymous ex-con.