Sweetwater Sinners: The Sequel To Holy Hustler by P.L. Wilson 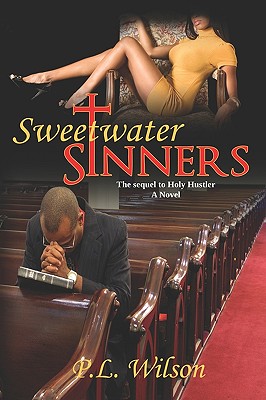 Sweetwater Sinners: The Sequel To Holy Hustler
by P.L. Wilson

Book Description:
The saints at Sweetwater Powerhouse of God are restless and sinning up a storm after Reverend Goodlove falls ill. Without their Pastor’s guidance, his hot to trot wife Theola is misbehaving in ways no one thought possible. His oldest son Damien is trying to strike it rich after he discovers his soon-to-be ex stands to collect millions. He’s holding out on signing divorce papers and it’s driving Michelle crazy-she’s already tried to kill once, this time she’s determined to get it right. In the meantime, as Sweetwater’s resident Bad Boy, Damien isn’t licking his wounds alone. He’s taken up with the vivacious Charlotte who’s hell bent on proving something to Damien and the other women at Sweetwater who think he’s up for grabs. All was going well until a blast from the past reemerges. Jazzlyn is ready to reclaim what was once hers, especially since there’s a pending divorce. Reginald is looking for a way back home, and baby boy Barry thought the drama in his life was gone when his stalker Sissy left. She may be gone but she’s not forgotten. Just when the wedding of the century is set to take place Sissy puts an end to it in a drastic way. Reverend Goodlove isn’t hustling from the pulpit just yet but, the sanctified drama still promises to make us all scream "Hallelujah!"

More books like Sweetwater Sinners: The Sequel To Holy Hustler may be found by selecting the categories below: