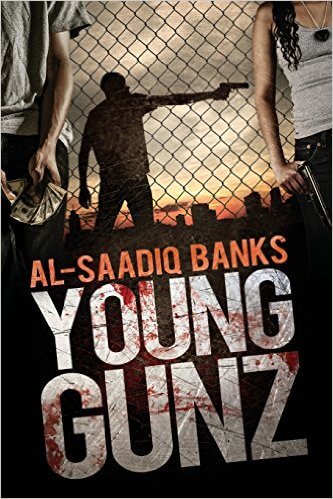 Book Description:
The teen years of a person’s life are the most impressionable years of their life. Most of the time what they see and or surround themselves with is what they become and Wustafa knows this which is why he chose all teen-agers to serve in his army. 40 year old Wustafa, a career criminal has been in and out of jail since the age of 11. Wustafa accepts prison as the repercussions of his mistakes. He views it as a part of the game. Quite different from most inmates who sit back wishing they were on the outside, Wustafa uses his incarceration to his advantage. He passes away his time by studying, strategizing and planning his next attacks. All of his life he’s been a solo act, a one man army who has single-handedly robbed and extorted some of the wealthiest drug dealers in the city. After sitting on ice for 15 years straight, Wustafa had more than enough time to come up with a master plan. He’s decided to give up his solo identity and sign on to a group; not just any group though. In this group he will be the leader. Not only does he lead, he also molds this crew of innocent teen-agers into stone cold killers. Catching these teens at such a young and naive time in their lives makes his job that much easier. He’s able to take control of their minds and have them obey his every command. Wustafa understands, the stronger his leadership skills are, the stronger his army will be and the more money they will be able to obtain. The streets of Newark, New Jersey will never be the same as long as Wustafa and his Young Gunz are running wild.

More books like Young Gunz may be found by selecting the categories below: