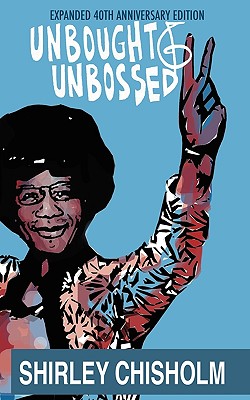 Book Description:
Unbought and Unbossed is Shirley Chisholm’s account of her remarkable rise from young girl in Brooklyn to America’s first African-American Congresswoman. She shares how she took on an entrenched system, gave a public voice to millions, and sets the stage for her trailblazing bid to be the first woman and first African-American President of the United States. By daring to be herself, Shirley Chisholm shows us how she forever changed the status quo. This expanded edition, edited by Scott Simpson, digs deeper with analysis by experts like Donna Brazile and Shola Lynch exploring Shirley Chisholm’s impact on today and tomorrow’s world.

More books like Unbought and Unbossed: Expanded 40th Anniversary Edition may be found by selecting the categories below:

Tell us what do you think about Unbought and Unbossed: Expanded 40th Anniversary Edition.