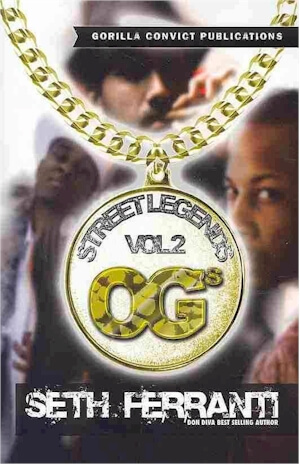 Ice-T spit, “Gangsters don’t die, they multiply” and to keep it all the way official read about the street’s real legends. The Original Gangsters that inspired BET’s American Gangster series, all those Hollywood gangsta flicks, the litany of true crime street documentaries and gangsta rappers galore. The Black Gangster is in effect. Taking over where the Italian mobsters and Colombian cocaine cartels left off. Street Legends gives you their stories. Read about the black John Gott’s and Pablo Escobar’s. True to life and hood to hood. Real recognizes real. And this book will give you the truth. Let recognized prison journalist and gangster chronicler Seth Ferranti aka Soul Man take you on a journey to the criminal underworld. Where real O.G.’s go hard and suckers get exposed. In Street Legends Vol. 1, he mesmerized readers with the exploits of the Death Before Dishonor six- Supreme, Wayne Perry, Anthony Jones, Aaron Jones, Pistol Pete and Boy George.

More books like Street Legends Vol. 2 may be found by selecting the categories below: