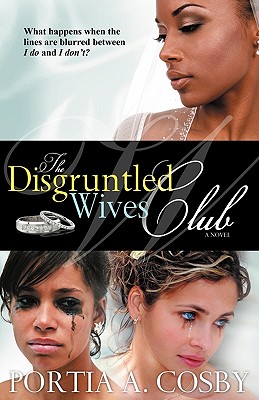 Book Description:
"I agreed to ’for better or for worse,’ but I need more "better" and some of that cherishing we spoke of. Can I review my contract, please?" Dana Hall has been more than patient with Ric and his never-ending issues. She has supported his pipe dreams and bitten her tongue when he’s lost his jobs, but infidelity is inexcusable. When Ric adds the P.Y.T. from work, numerous text messages, and risqu emails to the stewing pot, he finds he has created a recipe for disaster. It’s his secret ingredient, though, that sends Dana over the edge. "If love doesn’t hurt, why am I holding this ice on my jaw again? Did ’until death do us part’ mean he’s going to kill me?" Willow Townsend is torn. On most days, Vaughn could tutor Prince Charming in the art of being a good man. Then, there are the other days…She understands that a woman should be submissive to her husband, but is pretty sure the Bible didn’t mean for it to be achieved through violence. After Vaughn throws his worst temper tantrum ever, will she leave her convoluted fairytale or wait around for the happy ending? "We said, ’in sickness and in health,’ but… herpes? I was thinking cancer or kidney failure." Crystal Moss is married to R&B superstar, Dante. Due to the nature of his profession, she has adopted the "If I don’t see it, it isn’t happening" rule when it comes to groupies and cheating and found a way to cope with her lonely nights. When Dante gets sloppy and breaks one of their rules, the tabloids have a field day and Crystal is faced with a tough decision: kill him in his sleep or while he’s awake?

More books like The Disgruntled Wives Club may be found by selecting the categories below: